Delivering the most viscous drug ever put in an autoinjector

A pharmaceutical company was developing a new autoinjector to deliver their highly viscous drug. The high pressure and force required to deliver the drug in an acceptable time created unprecedented stresses and other demands on the device.

Their testing revealed several issues which occurred at low failure rates but were nevertheless unacceptable. With the clock ticking on the drug patents, every day counted and the autoinjector had to get to market and be safe in as short a time as possible.

They came to Springboard because we were recommended by their staff who had worked with us when they were at other pharmaceutical companies. We were asked to help on two levels:

The failure rate was very low, and each syringe of drug cost at least EUR 1,300, so a normal root cause investigation was unfeasible. 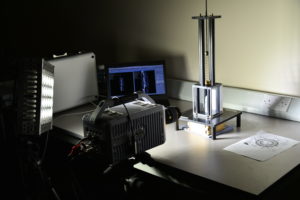 We had to create innovative ways to characterise the problems, and measure improvements, with very small sample sizes. This required a combination of practical device experience, advanced statistics, theoretical mechanics, and experimental physics. 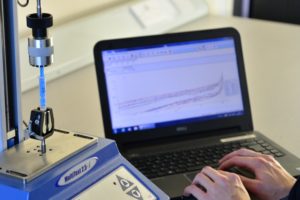 Measurement of friction in a syringe

Even the cleverest test and post-processing lacks insight unless one understands the physics and has already calculated what to expect.  Therefore, we created mathematical models using advanced dynamics and Monte Carlo simulations so that we knew how the device should behave, and the experimental results were compared to those expectations. In a relatively short number of weeks, we correctly identified the root causes of the problems. We then created various options for solutions and gave our pharma client a helpful map of which options were most convincing in solving the problem, and which were fastest to implement.  The main changes had minimal impact on the production tooling and did not affect the automated final assembly line, both of which had been validated.

Verification, validation, and reliability testing proved that the problems had been solved and the autoinjector was launched successfully in multiple markets, leading to hundreds of millions of Euros of additional sales.

Skills that we used

Find out how we can help with your device design today.