When the world’s fastest men competed for the 100m Olympic gold medal in Athens, 2004, four athletes crossed the line in a blur. But the event organisers didn’t just squint and pick a winner. Rather, they used high speed video to slow down the motion and changed the method of observation so that it became clear that the new champion was Justin Gatlin. 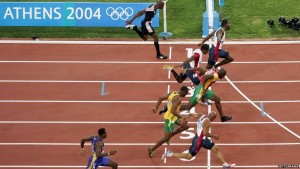 It brings to mind a project I once worked on where we were trying to control air flows inside a dry powder inhaler. The powder kept ending up in the wrong place, and nobody knew why. We had tried different geometries, but to no avail. Finite element modelling hadn’t helped either.

“You can’t see what’s going on because it’s opaque”, people said. Well, true to a point, but with only a little effort it was easy to prototype transparent parts and set up a video camera at 2000 frames per second to visualise the particles. It was beautiful, and you could see each particle whirling about on its journey from the hopper to its final resting place stuck on the side wall. It soon became apparent that the problem started as the particles crossed a particular join in the moulding. This enabled us to focus our attention on that particular problem spot, and we soon found a leak. It was then a simple engineering job to seal the leak and recover the performance that was expected.

We have used high speed video on numerous projects at frame rates over 100,000 per second. Sophisticated techniques can be used to quantify stresses in moving parts and relate their behaviour to material properties. There are also more sophisticated variations, such as stroboscopes and particle image velocimetry, which uses pulsed lasers to visualise the movement of particles over tens of microseconds.

Have you ever had your prototype working, only to see it do something unexpected in its next iteration? In the next article, we look at a technique for staying at the best performance. 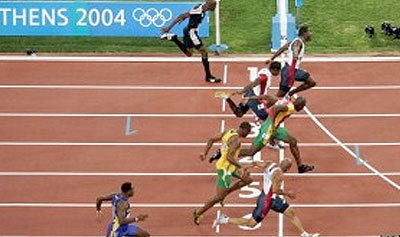