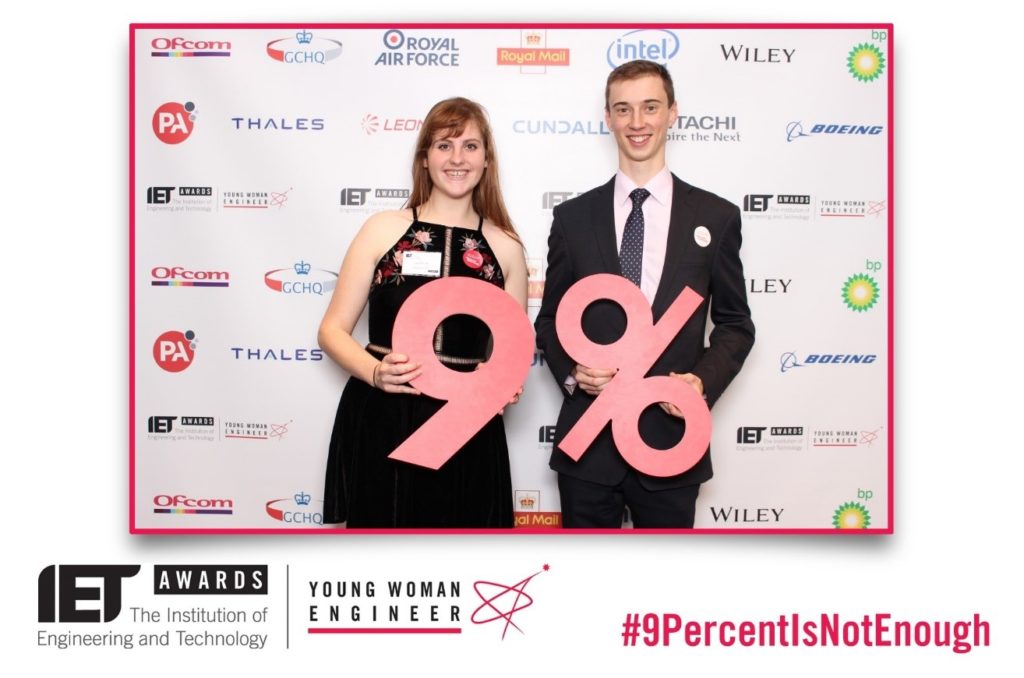 Springboard recently attended the 39th Institution of Engineering and Technology (IET) Young Woman Engineer of the Year awards ceremony at the IET’s Savoy Place headquarters in London. The event, which recognises outstanding female engineers in the UK, aims to highlight the achievements of young women working in Engineering.

Many notable people from the engineering community came out to celebrate the achievements of the young women nominated for awards and to show a commitment to addressing the systemic underrepresentation of women in engineering jobs in the UK.

Speakers included Roma Agrawal, the structural engineer behind the Shard skyscraper, who described the journey which has led to her becoming one of the country’s best known female engineers. She stressed the importance of building relationships as one of the key skills for success in engineering, and offered advice on tackling the ‘imposter syndrome’ that many people will experience at some point in their career.

Other speakers included the IET President Professor Jeremy Watson and Robot Wars’ resident Engineering Professor Noel Sharkey, who called for comprehensive research to be commissioned into the barriers which dissuade young women from entering a career in science and engineering and how they can be addressed.

All the finalists for the awards were inspirational spokespeople for Engineering, with Jenni Sidey, a lecturer at the University of Cambridge, winning the title of Young Women Engineer of the year.

The event provided the incredible opportunity to meet and speak with a range of pioneering women in Engineering and share experiences. It has helped raise awareness within Springboard, and provided us all with motivation to do everything that we can to support women in Engineering.

Lucy Bennett, Springboard’s current Year in Industry student, has since become a STEM ambassador to help encourage and inspire the next generation.