The smart way to communicate ideas to investors, marketing and your customers

At the early stages of developing a new product, you will need to communicate your concept to other people: the development team, investors, potential users, key opinion leaders, the press, and other stakeholders. A failure to do so well can sink what could otherwise have been a success.

But how can you share your vision of the product and learn whether users would like it before it even exists?

The answer is in:

Read on to learn how you can use these tools to speed up development and gain confidence that you’re developing the right product.

Speed up development by early and rapid iteration

You don’t need to wait until you have developed the product to learn how people would use it. You can quickly gain usability insights of a product or service, by allowing users to mimic their workflow with a prototype or give feedback on an idea using a render or sketch. The resulting user insights allow you to iterate the design quickly and cost-effectively (Figure 1). 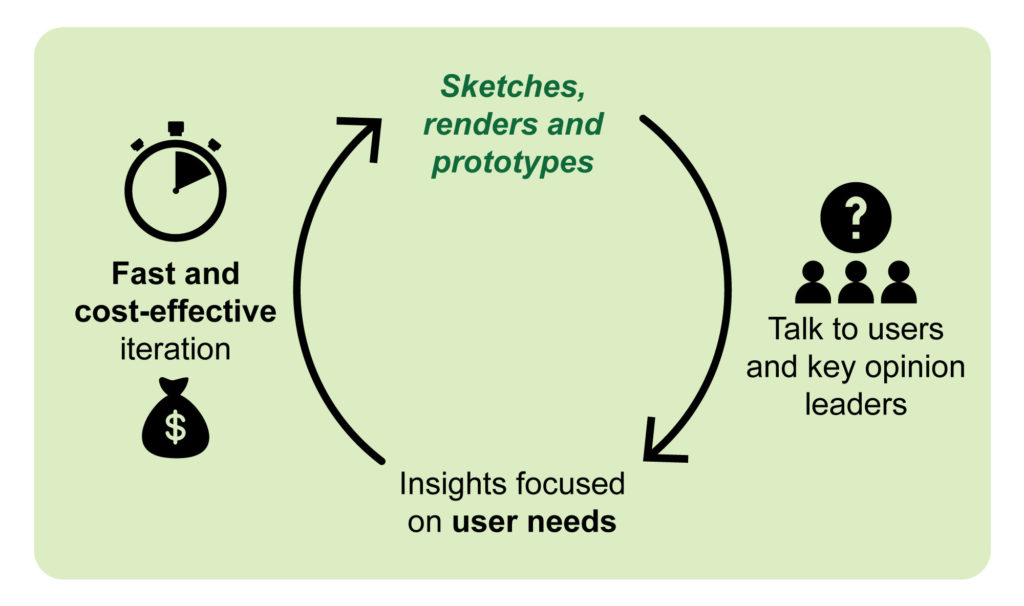 Figure 1: Renders, sketches and prototypes can provide a quick and cost-effective way to iterate your design.

Sketches are the quickest way to visualise your design and create multiple iterations within minutes. These could either be paper or digital sketches (Figure 2). Digital sketching has the advantages that variations on a design can be explored more quickly without needing to redraw a sketch entirely. 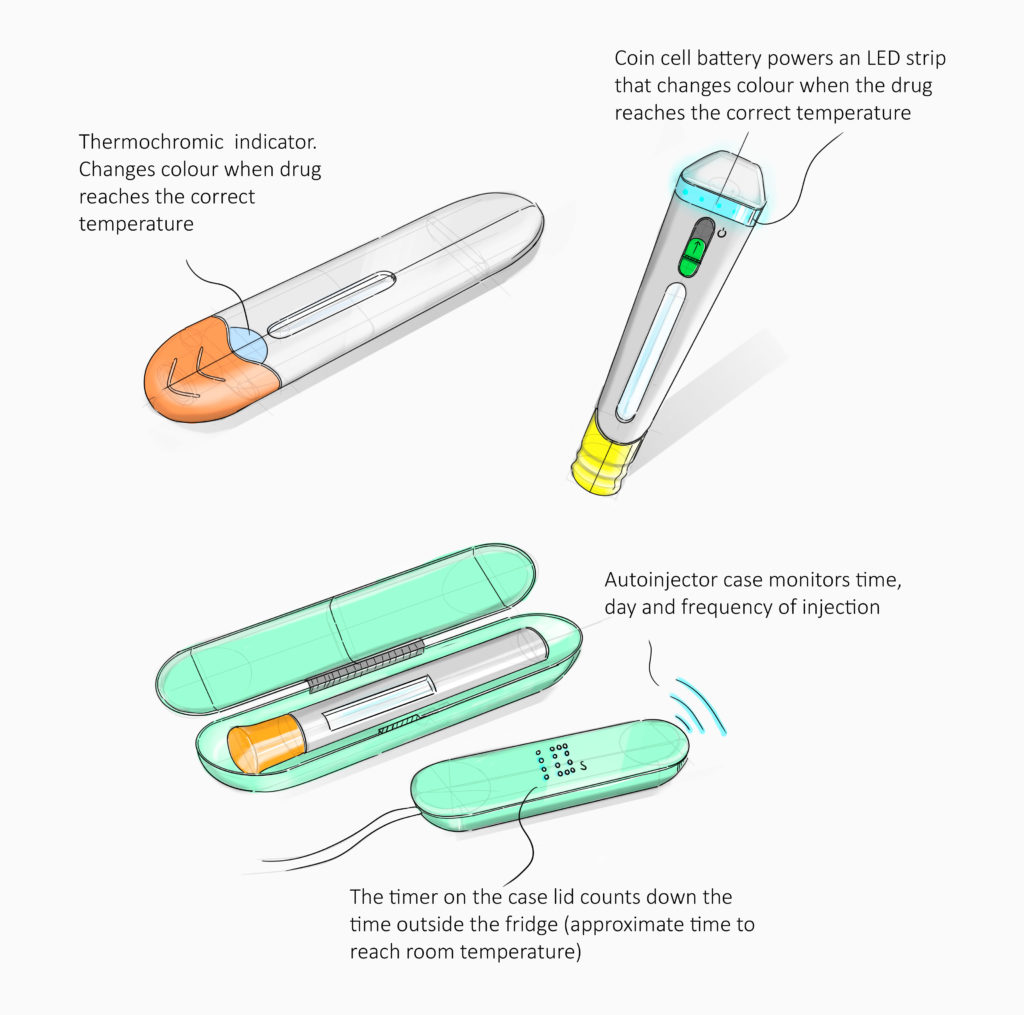 To create renders you will need to create a 3D model of your idea. Within rendering software parts of your model can be moved and CMF (colour, material and finish) can be changed with a click of a button (Figure 3). Compared to sketches, the higher fidelity of photorealistic renders allows stakeholders to better evaluate surface finishes and other details. 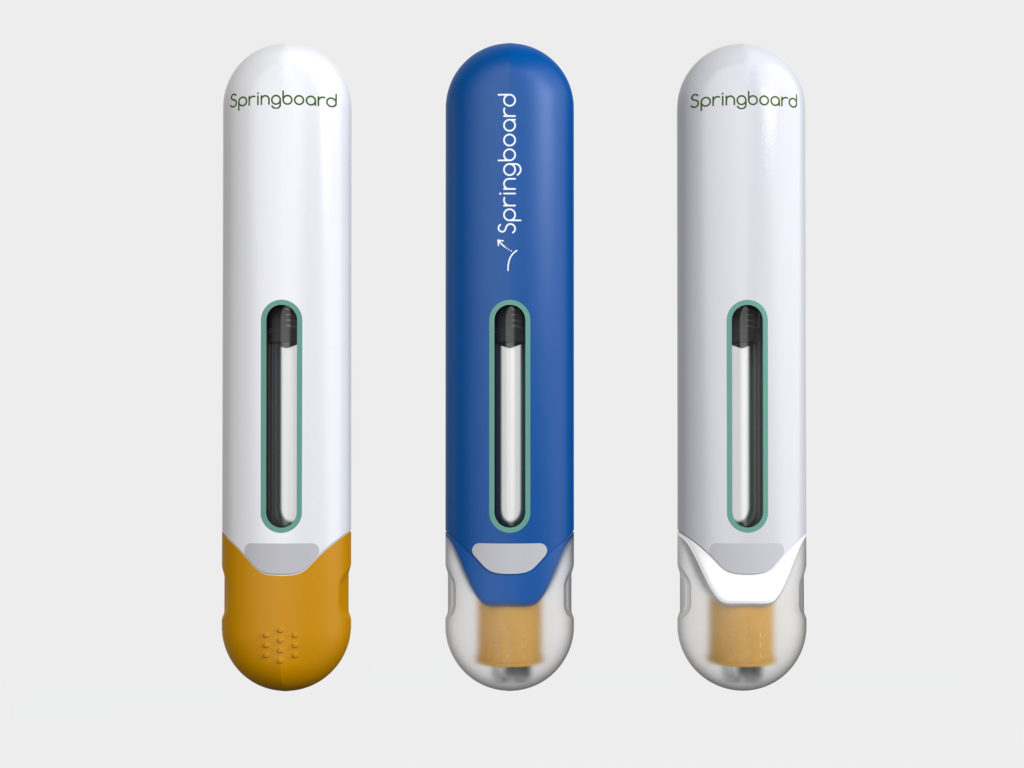 Figure 3: Changes in colour, material and finish can be changed easily in rendering software

The models can also easily be arranged to illustrate the device’s user steps. These images can then be used in usability studies to explore the user’s acceptance level of each task and will reveal any perceived usage difficulties. Figure 4 shows an example of how the user steps for an autoinjector concept can be presented. 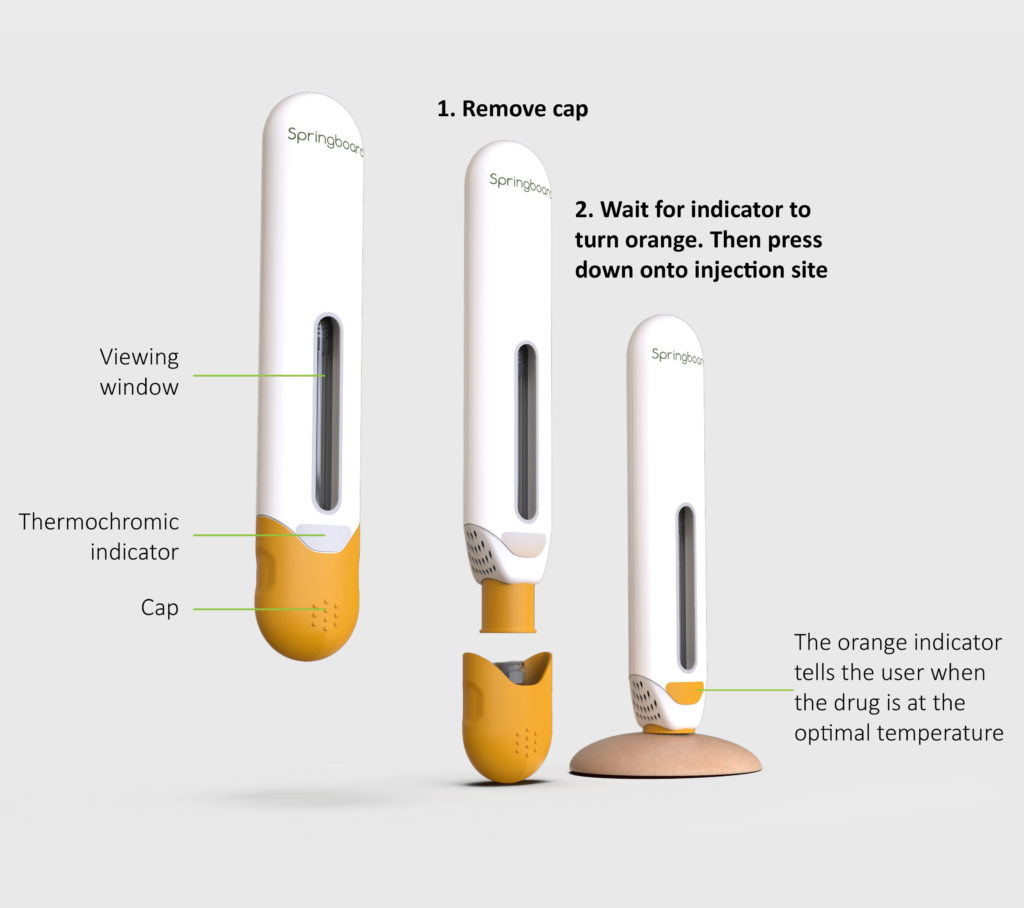 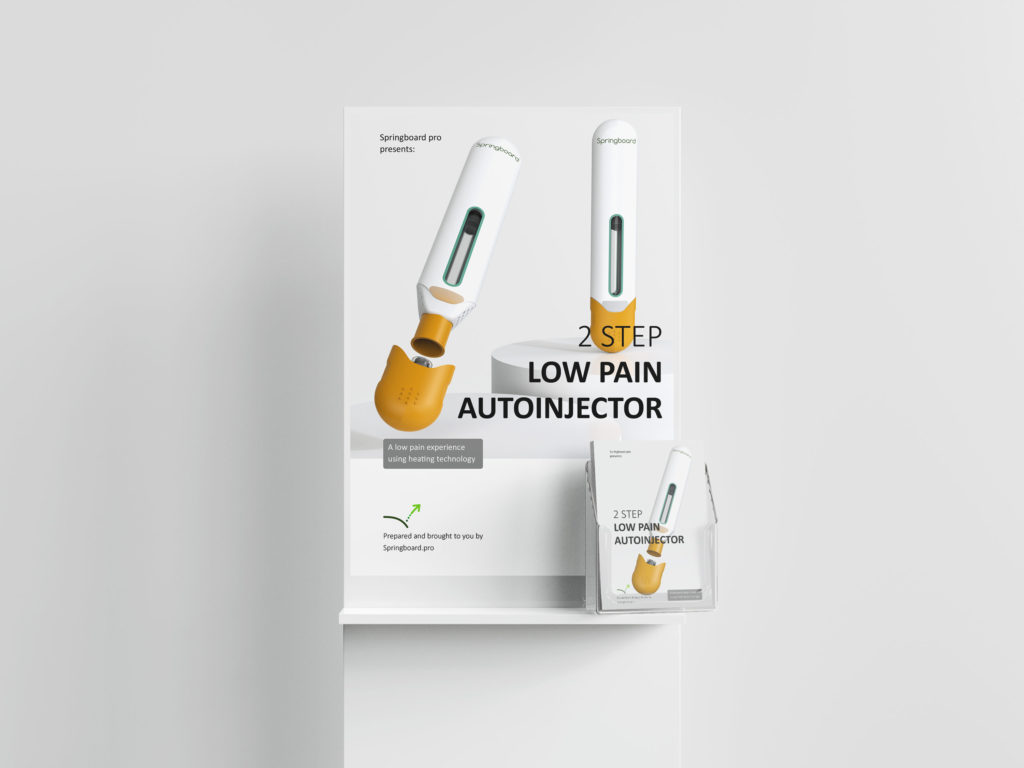 Another valuable use of photorealistic models is “hero-shot” renders like those in Figure 5: dynamic images that instantly draw people’s attention. These are effective in brochures, website posts and conference displays (Figure 6), and can also help share your product vision with potential investors.

As discussed above, you can learn a great deal from images of your product concept, but it is often a good idea to also create two types of physical prototypes in the early stages of product development:

Previous posts on this blog have touched on how works-like prototyping can help avoid serious technical issues later in development and give confidence that the device will work. Conversely, a looks-like prototype is a powerful tool to help determine that you are developing the right device. For example, it can be used in a voice of the customer (VoC) or usability study to yield insights that could only be gained by observing users interacting with the product. The looks-like prototype in Figure 7 was 3D-printed by Springboard using stereolithography (SLA), painted in the client’s corporate colours and decorated with their company logo.

How to find out more

Springboard frequently creates high-quality visual assets for the medical and consumer industry. Our clients have found these to be an effective way to engage with their audience and explore concepts for further development. If you would like to talk about how the approaches presented here could apply to your development efforts, please get in touch.